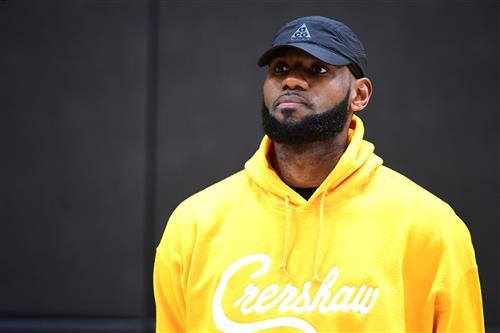 A new Sports Illustrated story has caused some apparent tension between LeBron James and David Griffin. The pair were at the center of the Cavaliers’ NBA title run in 2016 that brought a championship to Cleveland. But since both left the Cavs, hindsight has made things more clear for Griffin. The GM, who now oversees the New Orleans Pelicans’ front office, spoke about James this week – namely his assertion that the Los Angeles Lakers’ star isn’t “the same animal anymore about winning” — and we now have some apparent drama.

James cryptically tweeted this on Thursday evening, and while it did not directly reference Griffin’s comments, it’s not hard to read between the lines.

Griffin had some other remarks about James, including mentioning how James got credit for successes while others were blamed for failures, but his comment about his focus no longer being on winning seemed to inspire that tweet. Then, in a story for ESPN, Dave McMenamin brought word that Griffin’s comments caught LeBron’s camp by surprise. It eventually, McMenamin reports, led to Griffin talking to someone in James’ orbit.

Sources close to James told ESPN on Thursday they were “shocked” at Griffin’s characterization of the superstar. James seemingly addressed the Griffin story via a tweet on Thursday without mentioning him by name.