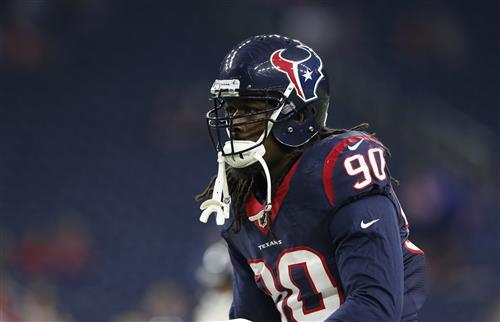 Jadeveon Clowney is going to be traded soon. Well, at least that's what one NFL Network analyst believes.

Michael Lombardi of the NFL Network told Patrick Meagher on Sirius XM Radio's "The Wrap", he believes Clowney will be traded in the next day or two.

While it's easy to say Lombardi could simply be speculating about Clowney being traded at all, remember the Houston Chronicle's John McClain said it would be a surprise if the defensive lineman/end wasn't traded after he refused to sign the franchise tender placed on him by the Texans this offseason. And trust us, McClain knows what he's talking about.

Now, the difference between these two reports is two-fold: for one, the Chronicle didn't put a time limit on a deal for Clowney, and secondly, they disagree on what the Texans are after.

The Chronicle said Houston would love to upgrade its offensive line, but Lombardi has them going after something else.