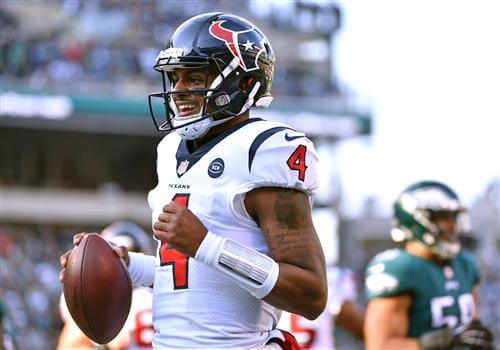 Deshaun Watson hasn’t fully made it clear he wants out of Houston, but the many reports and his actions seem to be headed toward a divorce with the franchise. If that is the case, there are reportedly several teams interested in trading for one of the NFL’s budding superstars at the quarterback position.

ESPN’s Jeremy Fowler noted there are a few sleeper teams as well.

“The Chicago Bears. I know there are people in that building that are very high on Deshaun Watson,” Fowler said. “Even though they passed on him in 2017, general manager Ryan Pace could maybe get a mulligan.”

“Carolina Panthers, I’m hearing, would gauge interest if he was indeed on the market,” Fowler went on to say. “This is a team that wasn’t completely sold on Teddy Bridgewater – they’ve sort of made that clear.”