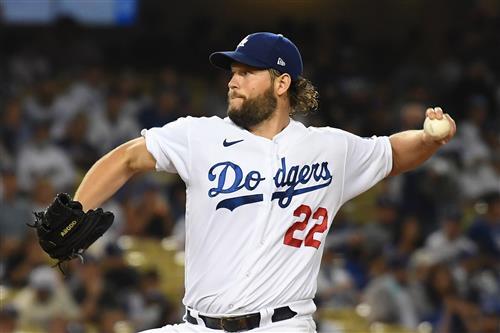 Three future Hall of Famers headline the list of free-agent pitchers in 2022.

The Los Angeles Dodgers may be a favorite to retain the World Series this season, but they could be saying goodbye to Clayton Kershaw and Max Scherzer next year. Both players have contracts coming to an end, and the likelihood that the team can retain both while addressing other impending free agents is limited.

Houston's Zack Greinke may also be seeking a new home in the offseason.

Where might their talents fit best and which teams are realistic suitors for the them, though?

Clayton Kershaw is, arguably, the greatest pitcher of his generation. A three-time Cy Young award winner, an NL MVP and triple crown winner, he has done everything there is for a pitcher to do in the majors.

Adding a World Series ring last season ticked a final box and solidified his status as one of the greatest to play the game.

Any team that looks to sign him will have to pay in excess of $30 million for his services. While there are almost certainly some that would be happy to do that, Kershaw will likely want to finish his career with the only MLB team he's known.

Former Dodgers teammate and close friend AJ Ellis told Bill Shaikin of the Los Angeles Times: "No chance (he plays somewhere else). He's a one-uniform guy. He's going to be a one-uniform guy with an amazing contingent at Cooperstown someday."

Kershaw has no plans to retire anytime soon, either.

"I wanna reevaluate at the end of every year and see how we're doing as a family, myself personally, where we are as a team—and then just make a decision from there. I have no intentions of hanging them up. I'm only 32. I feel like I have more years left in the tank," the 33-year-old told reporters in February.

Kershaw will return to the mound in 2022, possibly with another World Series ring. While he has turned in a relatively so-so year by his standards, there is still too much to love about the future Hall of Famer not to bring him back into the fold if you are Los Angeles.

While other teams will come calling, it only makes sense for the player, his legacy and the Dodgers to ensure their partnership continues beyond this season and the two sides continue to chase a championship together.