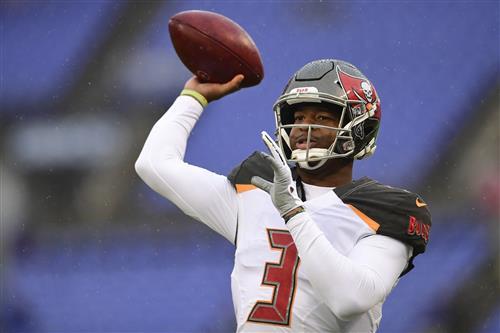 While all attention is on The Decision, Tom Brady Edition, there are other quarterbacks with futures in limbo. This includes the most unpredictable, or predictable, player I can remember: Jameis Winston. Per Peter King, it's "likely" that Winston is on his way out of Tampa Bay. The Interception King isn't a fit most places, but there are a few you can sell me on as landing spot for the captain of the 30-30 club:

Jacoby Brissett is not the answer. Albert Breer reported this morning that the Colts can be crossed off the list of suitors for Brady. And Philip Rivers, who has been a rumored option for the Colts, looked finished this past season. Indianapolis will have to move up from the 13th pick to select Joe Burrow, Tua Tagovailoa, or Justin Herbert. Thus, staying pat, continuing to build a solid roster, and singing Winston is a convincible strategy. Good Jameis is more than enough to get this Colts team back into the playoffs. The risk, of course, is the games where Bad Jameis shows up and ruins the Colts' steady organization.