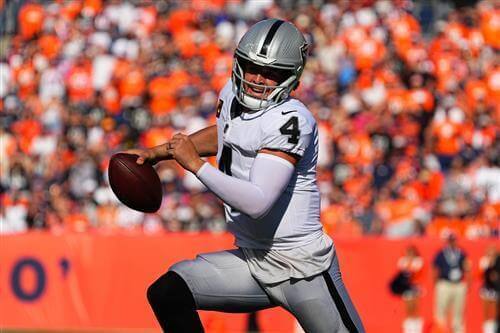 Jon Gruden is no long the Las Vegas Raiders head coach but that doesn’t mean the team has completely forgotten about him. The coach was forced to resign after a slew of offensive emails containing racist, homophobic and misogynist language were leaked from the NFL’s investigation into the Washington Football Team. Most of the Raiders players who have spoken out have condemned Gruden’s words but shown support to the coach.

Quarterback Derek Carr has been Gruden’s biggest supporter. After the coach resigned, Carr made his stance on the matter clear.

“It’s hard because I love the man so much,” Carr said. “I have family members that have done things … I think more than anything coach needs people to love him … but at the same time what’s right is right and what’s wrong is wrong.”

Carr believes what Gruden did was wrong but doesn’t believe that holding grudges helps anybody. Prior to the Raiders’ Sunday clash with the Philadelphia Eagles, Carr sat down with Charles Woodson and spoke about the whole situation. He expressed that he hopes people eventually forgive Gruden.