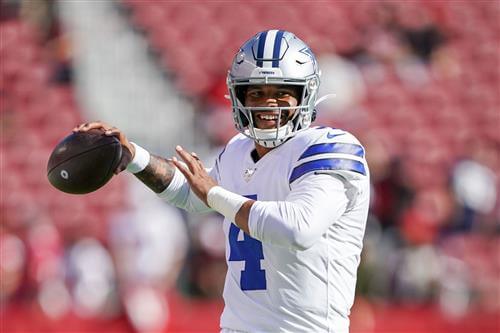 With a potential franchise tag on the horizon for Dak Prescott yet again, questions are starting to be asked of what type of value Dak Prescott could bring the Cowboys if he was traded?

“The early statements from these guys – everyone thinks you can get two (first-round picks) out of this, for sure,” Broaddus said Tuesday on 105.3 The Fan. “One guy thinks you might have to look at the deal (like the one Indianapolis did on the Carson Wentz trade), where you have to take a (second-round pick that could end up being a first-round pick based on Prescott’s performance). … I had one guy tell me if you get (two first-rounders), you might want to take that.”