Could The Patriots Trade Mac Jones?
The Big Lead | Jan 19 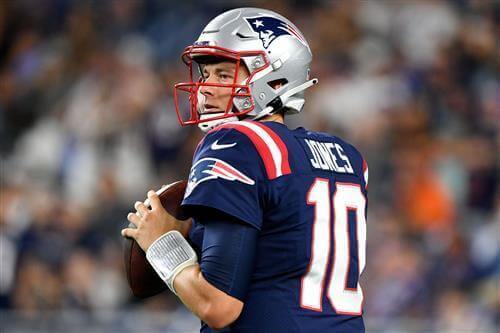 The New England Patriots got stomped by the Buffalo Bills 47-17 in the Wild Card round on Saturday. Rookie quarterback Mac Jones was thoroughly outplayed by Buffalo's Josh Allen, which showed a stark difference between the two offenses. On Monday, Colin Cowherd said that the gap is so wide between the two teams that we shouldn't be surprised if the Pats try to trade Jones this offseason.

Cowherd's basic premise is that Bill Belichick doesn't want to wait around for Jones to develop and that he doesn't have loyalty to players. The fact that the Patriots have to face Allen twice a year makes upgrading the quarterback position that much more urgent.