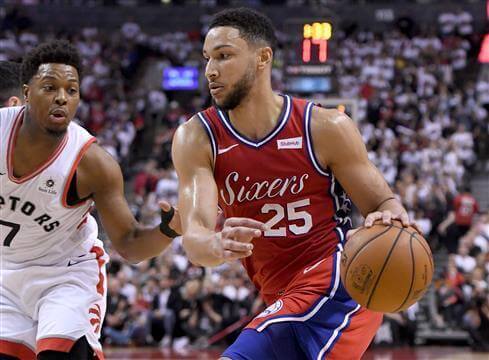 There are not a lot of things the 76ers and Rockets have in common. Differing playstyles, opposite conferences, and different stars leading their teams — but they are both stuck in a rather frustrating gutter.

The Rockets have been trying for years to beat the Warriors, only to get eliminated in six games by the Dubs without Kevin Durant. Philly has been through years of rebuilds to assemble their roster and was hoping their core would be able to finally step up to expectations. Both teams failed, and both are in need of some serious roster shake-ups this summer.

In a surprising twist, Fox Sport’s Chris Broussard proposed a radical idea involving both teams striking a deal with each other.

"Daryl Morey needs to get on the phone and call Philadelphia and offer Chris Paul for Ben Simmons." — @Chris_Broussard pic.twitter.com/sY5ENRMpc4