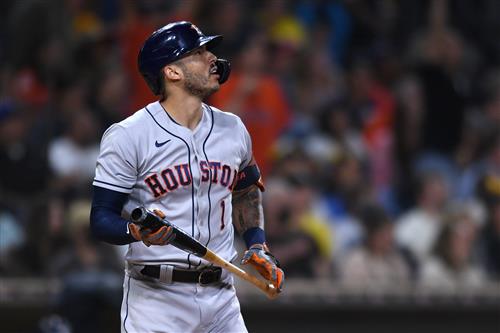 Mark Berman, of Fox 26 Houston, got an inside scoop on who has reached out to Carlos Correa and his agent.

It would make sense for all of these teams to go out and get the best shortstop on the market. Although Correa is going to be a hefty price, he is well worth everything he is asking for, and then some.

Let’s take a look at how Correa can improve each of these teams.

It’s obvious that the New York Yankees are at the top of the list for teams who need an elite shortstop. If the Yankees want to compete for a World Series, they need to start spending money like the Yankees used to do.

Although there has been some bad blood between Correa and the Yankees, they need to forget about everything that happened and go sign the best possible player on the market. If the Yankees can sign Correa, they will be much better than a season ago.

The Yankees have not had an elite shortstop since Derek Jeter. There’s no reason to not have the bad guy come in and be the face of the franchise next to Aaron Judge and Gerrit Cole.