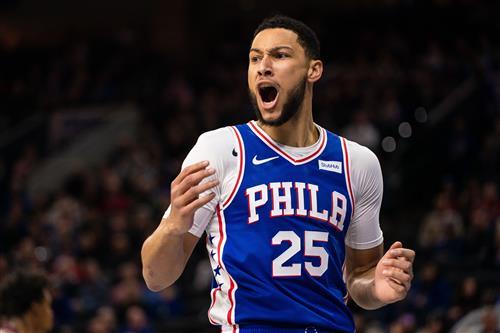 The Philadelphia 76ers are currently among the hottest teams in the NBA.

The Sixers have won nine of their past 10 games, which has them only 2.5 games behind the Eastern Conference-leading Chicago Bulls heading into Monday. Six of their next seven opponents currently sport losing records, and the lone exception—the Washington Wizards—will likely be without star guard Bradley Beal for that game.

That soft slate should give the Sixers the opportunity to enter February with at least 30 wins. However, it should have little bearing on how they approach the trade deadline, particularly regarding Ben Simmons.

The Sixers started this hot stretch playing against a Wizards team without Beal, Kentavious Caldwell-Pope, Rui Hachimura or Thomas Bryant. Their next win came against the Toronto Raptors, who were without potential All-Star Fred VanVleet, Rookie of the Year candidate Scottie Barnes and two-way wing OG Anunoby. Two days later, they beat the Brooklyn Nets., who were down Kyrie Irving and Joe Harris.

Each of their next four wins came against teams in the bottom four of their respective conferences—the Houston Rockets (twice), the Orlando Magic and the San Antonio Spurs. The Boston Celtics were missing Marcus Smart in their loss to the Sixers this past Friday, while Miami Heat center Bam Adebayo was sidelined in the Sixers' come-from-behind road victory on Saturday.