Ben Simmons is ‘Broke,’ May Be Forced To Return Over Cash Flow Issues
The Big Lead | Nov 25 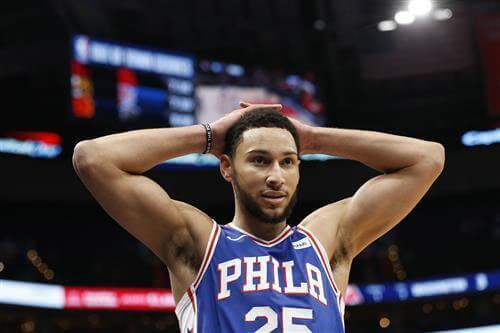 The Philadelphia 76ers are 10-8 this season. Joel Embiid has played nine games. Tobias Harris has played 11 games. And Ben Simmons not played any. The Sixers tried to trade Simmons and Simmons the demanded to be dealt. Then Simmons showed up for training camp, but that didn't work out either. Simmons then said he was having mental health issues. Last we heard, Simmons and the Sixers were having trouble agreeing on the best course of treatment.

The point is, he's still not playing basketball for the Sixers or anyone else and there's really been nothing new to even discuss. At least until last night when Howard Eskin went on the radio and said that Simmons is now broke. Via 97.5 The Game.