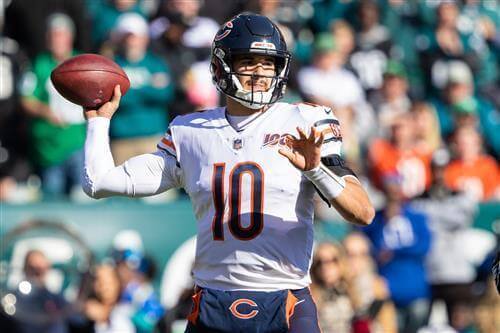 The Chicago Bears spent three years being patient with Mitchell Trubisky. There was no other choice after the team traded up to the No. 2 overall pick to draft him back in 2017.

Yet the patience seemingly went out the window this offseason when they traded for Nick Foles. The veteran is looking to rebound after signing a four-year, $88 million deal in Jacksonville last year, only to play in four games and go 0-4 as a starter. As of now the acquisition sets up a quarterback competition. However, that would only complicate things further, and the Bears can simplify all of this by trading Trubisky.

The only positive would be if adding Foles lit a fire under Trubisky, and he suddenly lived up to his potential...