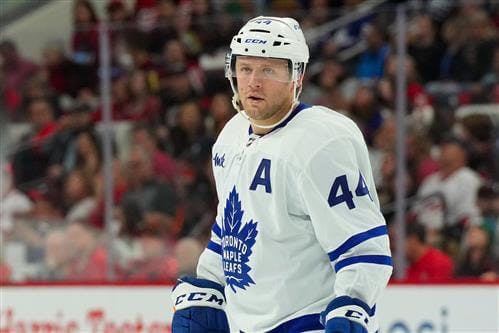 Perhaps the only person the Maple Leafs could not afford to lose for an extended period was Morgan Rielly. The Leafs' assistant captain suffered a knee injury late in the game against the Islanders and was put on LTIR this morning with what’s suspected to be a MCL injury.

The Leafs are already without Jake Muzzin (season) and T.J. Brodie who will be out at least another week. The team has since recalled Mac Hollowell and Victor Mete from the Toronto Marlies (AHL).

What Leaf fans want to know, besides the health of the longest tenured Leafs player, is if the team is built to handle an absence to their best defencemen.

The simple answer is no. For as good as Mark Giordano has looked at times, the likes of Jordie Benn, Justin Holl, Rasmus Sandin and Timothy Liljegren are simply not good enough as a core unit.

Furthermore, as if there was a good time to get injured, the Leafs embark on a four-game road trip starting tomorrow in New Jersey. That means no last change and a lot of favorable matchups for the home side.

If I’m Kyle Dubas, I’m on the phone like yesterday with the Sharks to see what it’ll take to get Erik Karlsson back to Ontario.