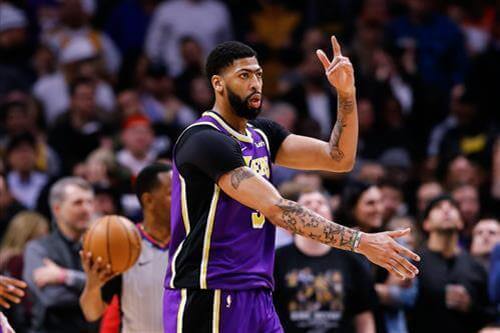 Anthony Davis won his first NBA championship last season with the Los Angeles Lakers. Davis played a key role for the team and if it wasn’t for LeBron James, he would have won the Finals MVP in his first campaign with the Lakers. He has found his place in the world after spending his first seven seasons with the New Orleans Pelicans.

History could have been very different for Davis if he somehow landed in Boston to play with the Celtics. Luckily for him, that was never a possibility for the Brow. At least, not for his father. Last year, amid rumors of a potential departure from New Orleans, Anthony Davis’ dad made it clear where he didn’t want his son to play. At the time, Anthony Davis Sr. texted ESPN’s Ramona Shelburne explaining why he wouldn’t want his son to join the C’s.

“Boston … I would never want my son to play for Boston after what they done to Isaiah Thomas … NO LOYALTY… guy gives his heart and soul and they traded him … anyone can print that.”