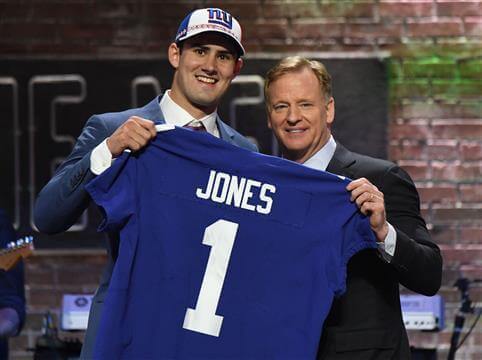 It’s been a few days since the New York Giants shocked the nation when they selected Duke QB Daniel Jones with the #6 pick in the 2019 NFL Draft and they have been getting killed for it ever since.

Giants GM Dave Gettleman has not made that decision any better with comments about a random bagel shop fan telling him he made a good choice and relaying that message to the masses as if it confirms anything.

lol dave gettleman defended drafting daniel jones because a giants fan at a bagel shop said it was a good pick pic.twitter.com/Ai28CTpydj