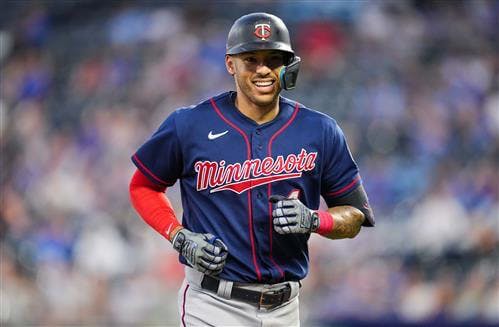 The Minnesota Twins are reportedly planning to "go hard" in their efforts to re-sign shortstop Carlos Correa despite plenty of competition on the free-agent market.

Jon Heyman of the New York Post reported Thursday there are at least eight MLB teams that have shown interest in Correa, who's entered free agency for the second straight year.

The 28-year-old Puerto Rico native signed a three-year contract with the Twins in March, but it included an opt-out clause after the first season, which he exercised in early November.

Correa enjoyed a solid campaign with the Twins. He compiled a .291/.366/.467 slash line with 22 home runs across 136 appearances. His 4.4 WAR ranked ninth among shortstops, per FanGraphs.