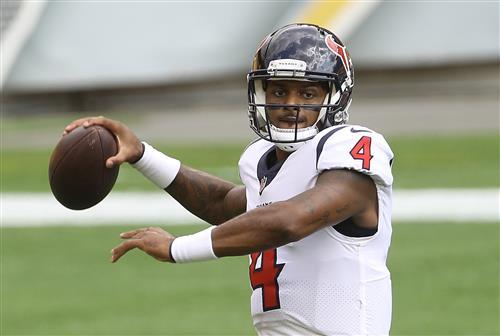 With the 2021 NFL draft in the rearview, teams are looking to the free-agent and trade markets to round out rosters before training camp. Some quality free agents remain—like Richard Sherman, Justin Houston and Trai Turner—but trade activity can also pick up late in the offseason.

Over the past few years, we've seen players like Jadeveon Clowney, Laremy Tunsil and Jamal Adams dealt between the draft and the regular season.

Here, we'll examine seven trades that would make sense ahead of the 2021 season. Though there is a fantasy element to any list like this, we'll keep ideas grounded in reality—and based on recent buzz where possible.

Factors like scheme fit and cap space will be considered, along with team needs and a bit of dot-connecting.

David Njoku to the Jacksonville Jaguars

Cleveland Browns tight end David Njoku asked to be traded last offseason and then again before the trade deadline, according to Mary Kay Cabot of Cleveland.com. While Njoku later denied the report and remains with the Browns—with his fifth-year option guaranteed—moving him for the right return could make sense.

With tight ends Austin Hooper and Harrison Bryant on the roster, Njoku may not be in Cleveland's long-term plans.

The Jacksonville Jaguars should have an interest in Njoku. New franchise quarterback Trevor Lawrence will most likely be asked to start from day one, but Jacksonville does not have a reliable pass-catching tight end to be his security blanket.

Jacksonville is reportedly willing to give former quarterback Tim Tebow an opportunity to help fill the void.

"Nothing done yet. But he'll have a chance to make the team to reunite with his mentor and college head coach Urban Meyer," NFL Media's Ian Rapoport tweeted Monday.

Tebow, however, has never been a tight end. Njoku has had an up-and-down pro career but is an experienced tight end who had 639 receiving yards in 2018. The 2017 first-rounder has the upside Jacksonville lacks at tight end. If he won't have a major role in Cleveland, an early Day 3 pick may be enough to pry him away from the Browns.

Julio Jones to the Indianapolis Colts

Atlanta Falcons wide receiver Julio Jones was the topic of predraft trade buzz—though as NBC Sports' Peter King pointed out, he was never likely to be traded before June.

"A few things would not surprise me. Most notably, the Falcons putting the framework of a trade together for star wideout Julio Jones, and making the trade effective June 2," King wrote. "That way, Atlanta could split Jones' cap charge between 2021 and 2022 instead of getting bashed with it all this year."

The framework for a trade is not in place, but one could still be coming. According to ESPN's Dianna Russini, trade talks are ongoing.

"I'm told that this is actually still going on. The Falcons are open for business to trade Julio Jones," Russini said Thursday on Get Up! (h/t Riley Gates of 247Sports).

The Indianapolis Colts should be in on Jones. They're looking to reestablish Carson Wentz as a quality NFL starter while also trying to remain in the AFC playoff field. Jones could be a big contributor for both goals, as Indianapolis' receiver depth is questionable.

Michael Pittman Jr. appears to be a budding star, but Parris Campbell has struggled to stay healthy, and T.Y. Hilton is set to play on a one-year deal. Affording Jones shouldn't be a significant issue, as Indianapolis has $22.9 million in cap space.

Indianapolis owes the Philadelphia Eagles a conditional second-round pick that would become a first-rounder if Wentz plays 75 percent of the snaps this season—or 70 percent with a playoff berth. Trading a third-round pick plus a future second might be enough to land Jones, as teams are valuing 2022 selections "like gold," according to Rapoport.