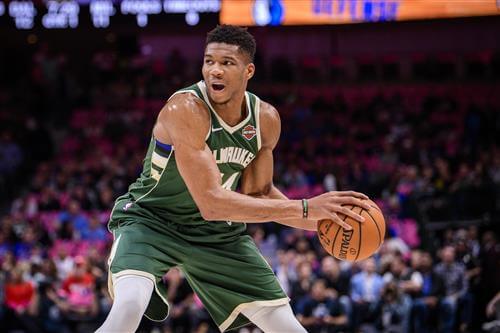 The Milwaukee Bucks aren’t in the most enviable place in the NBA right now. Sure, they’ve got the likely back-to-back MVP in Giannis Antetokounmpo, and have led the NBA in wins in each of the past two regular-seasons. But now Antetokounmpo is going to be graciously receiving his second MVP trophy from the comfort of his own home rather than inside the bubble, and the clock is ticking on his impending free agency next offseason.

Antetokounmpo can, and will, be offered the supermax contract from the Bucks this summer, but unless he absolutely loves the City of Milwaukee (it is a great city!) do you really believe he’s there for the long haul? He’s already said that he will not be requesting a trade away from Milwaukee this summer, per Yahoo! Sports, so that’s not what we’re going to dive into at this point.

This means that the Bucks are going to have one more season to do everything in their power to put Antetokounmpo in the best position to win a title before he’s a free agent. They’re going to need to surround him with a better roster, and potentially a different coach.

We took a look at five trades the Bucks should try to make in order to make things better next season. Whether or not any of these deals get made this off-season is yet to be seen. We do know that the Bucks have never had a move consequential off-season in franchise history and cannot afford to just run things back as they are right now. If they do, the noise about Antetokounmpo bolting for Miami, Toronto, Dallas, Golden State, or somewhere else is only going to grow louder by the day.

This time last year, the rumors were that if the Thunder wanted to move on from Chris Paul before he ever played a game for Oklahoma City, assets would likely have to be attached to him to make it worth it for the other team in the trade.

Well, they hung onto him and his value increased quite a bit. Sure, his contract is still a pretty hefty number moving forward, but this year he showed that he still has plenty left in the tank. He’s an immediate upgrade over Eric Bledsoe, and could still be the second-best player on a team that wins a title. The Bucks probably already have buyer’s remorse over Bledsoe’s extension. He agreed to the four-year, $70 million contract in March of 2019, and has since only disappeared in two playoff runs. The final year of his deal has only $3 million guaranteed, making moving him just a little bit easier.