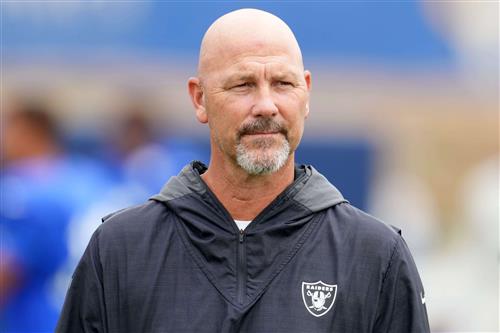 The Las Vegas Raiders did not enter the 2021 campaign with the expectation of having to replace head coach Jon Gruden after three seasons and change.

Despite Las Vegas boasting a 3-2 record, that’s the case heading into Week 6 against the Denver Broncos. On the heels of an email scandal surrounding the Super Bowl-winning head coach, Gruden has opted to resign. He does so with six more years left on his contract following the 2021 campaign.

While the explosive details of the Gruden email scandal have taken center stage, Mark Davis and the Las Vegas Raiders’ organization must now pick themselves up and dust themselves off.

We’re going to see an interim head coach in Vegas through the remainder of the 2021 season. That comes in the form of special teams coordinator Richard Bisaccia.

However, Davis and the powers that be in the desert metropolis will end up looking for a full-time replacement following the 2021 campaign. Below, we check in on the five most-ideal fits.

The first-year Raiders’ defensive coordinator did not take on the interim title following Gruden’s departure. In no way does this mean Bradley won’t be a candidate following the 2021 season.

Bradley, 55, served as the Jacksonville Jaguars head coach from 2013 to the end of the 2016 campaign — posting a combined 14-48 record. While his tenure in Duval did not go swimmingly, we’re talking about a highly-respected defensive mind. That includes leading six top-10 defenses in stints with the Seattle Seahawks, Los Angeles Chargers and aforementioned Jaguars.

Perhaps, Las Vegas looks outside of the organization following the 2021 campaign for a long-term replacement. If that is indeed the case, targeting offensive minds might make the most sense. The 41-year-old Hackett would have to sit atop that list.