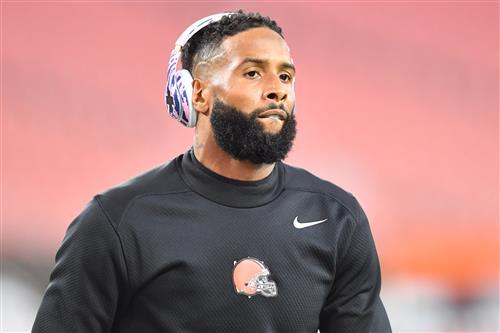 It seems Odell Beckham Jr. and the Cleveland Browns are heading for a divorce. After the team was unable to trade the star player ahead of yesterday's deadline, multiple reports popped up today that Beckham was told to not report to practice. More news later emerged that Kevin Stefanski told Browns players that OBJ isn't part of the team any longer. The wideout is discussing the next step with general manager Andrew Berry.

It seems very likely the Browns will cut Beckham Jr. in some capacity. Cutting him outright would mean Cleveland has to eat his $8 million salary this year as dead cap, which it does not want to do. But no team was interested in taking on that salary, as shown by the lack of movement at the deadline.

What will probably happen is this: OBJ agrees to give back some of that money in order to be released, like a buyout in the NBA. Then he'll go through waivers and won't be claimed because no contenders have the cap space to take on his contract up front. Then, and only then, will OBJ become a free agent.