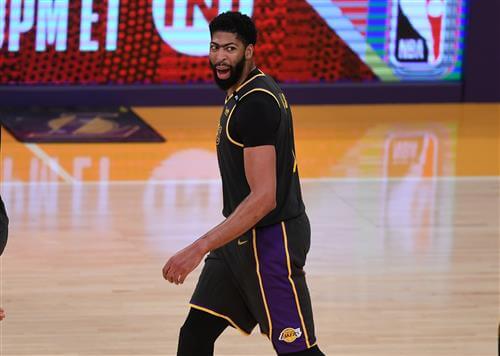 The Los Angeles Lakers are one team that will certainly be in the market to make some trades in the coming weeks. Despite currently having a 20-19 record, they have NBA championship aspirations. That is always going to be the case as long as LeBron James is on the roster.

There aren’t many moves that the Lakers can make, but you can be sure they will explore every avenue to upgrade the team. Right now, Talen Horton-Tucker looks like the best trade chip the team has to offer. They have gauged the market for Russell Westbrook, but unsurprising, they have been met with virtually no interest.

While a lot of focus is on the team for this season, there are likely some people within the organization with an eye toward the future. That future is extremely bleak as the Lakers have no draft capital and very few long-term assets.

It was always presumed that Anthony Davis would be the face of the franchise post-LeBron, but could that be a plan that needs to be changed? If the Lakers want to remain relevant after James leaves, trading Davis will have to be something they seriously consider.

Moving him would enable them to restock their draft capital which has been sucked dry in recent trades. They should be able to add multiple pieces to the roster to replenish depth as well.

If this is a route the Los Angeles Lakers consider taking at some point in the future, plenty of teams will have an interest. Here are three trades that we would love to see for Anthony Davis.

The Charlotte Hornets are one of the most exciting teams to watch in the NBA. They have a lot of great young players that play at a fast pace. Highlights occur regularly in Hornets games as LaMelo Ball shows off his elite passing skills with Miles Bridges a frequent recipient.

Unfortunately for the Hornets, as often as they create highlights they give them up. Charlotte has been abysmal defensively this season, which has undone any positive work they have done on offense.