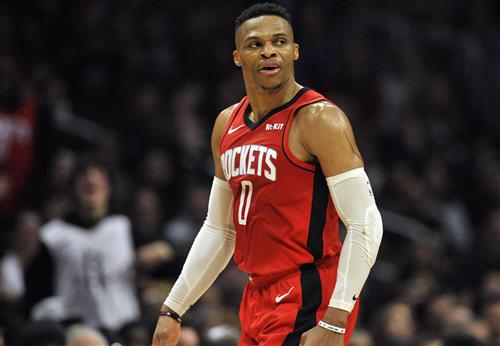 It was only a matter of time before the Houston Rockets realized that trading for Russell Westbrook was a mistake. Despite their 21-10 start to the year, the Rockets have struggled to find success when Westbrook is on the court, and now they're reportedly open to moving him. Though it might be hard to ship him out considering his massive contract, there are at least a few teams that could be convinced because, well, they aren't the most efficiently-run organizations in the NBA.

The Timberwolves are such a mess that they might actually be willing to pull the trigger on a trade with the Rockets. Considering they're 11-19, they might actually be foolish enough to think that acquiring Westbrook couldn't possibly make things any worse. The Rockets have expressed interested in Robert Covington, so perhaps a deal involving him and another sizable contract could make this a reality.