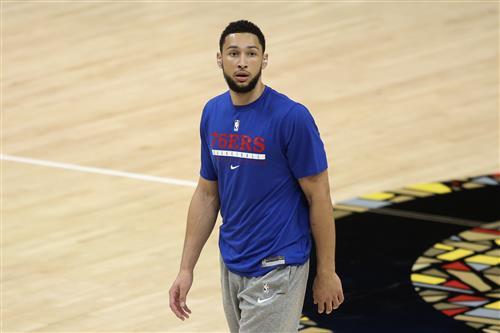 In the aftermath of the Philadelphia 76ers' collapse against the Atlanta Hawks in Game 5 of their Eastern Conference Semifinals last night, the first question I asked myself is how much longer is Ben Simmons under contract for, because the guy is about as helpful to the team in the fourth quarter as a pile of rocks. The answer, I discovered, was staggering -- four years and over $140 million.

It's the kind of contract many consider untradeable. He's the 12th highest-paid player in the NBA based on average salary but about the 120th person you'd select when rolling out a lineup in crunch time. Yet, there's always a few teams willing to absorb a terrible contract banking on the idea that Simmons, still only 24, might one day learn how to shoot a free throw and grow as an offensive player. He is, after all, an All-Defensive player, which Draymond Green has proven can be a valuable attribute as long as Steph Curry and Klay Thompson are your teammates.

With that in mind, I decided to think of teams crazy enough to take on Simmons and his abomination of a contract. Here they are.

If Dame Lillard does indeed want out of Portland, as rumors have speculated, the 76ers should jump all over the opportunity to acquire him. He's a much better fit alongside Joel Embiid and can be the closer the 76ers so clearly lack.

From Portland's standpoint, they're going to want a lot more than just Simmons in return for Lillard. Perhaps it's Tobias Harris or maybe picks, but those picks won't be very valuable with Lillard and Embiid paired together.