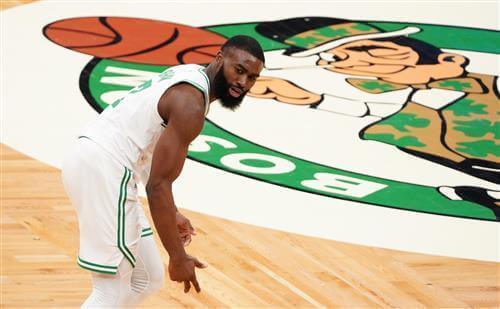 The All-Star 7-footer does not want to play for the 76ers anymore, yet the organization has not traded him and there have been no signs of a trade being on the horizon. The drama between this organization and Simmons continues to mount each day and quite honestly, enough is enough.

The 76ers need to just trade him already, but this is easier said than done because the Philadelphia 76ers are not going to get rid of him for nothing.

This team needs to ensure that they can get a high-level talent in return for Simmons, otherwise they might as well just keep him and continue trying to trade him here and there.

As we get closer to the trade deadline, Ben Simmons trade chatter may begin to pop back up, but the 76ers attention needs to be on how they can improve their team without him. Injuries and health protocols have hit the Sixers hard so far this year, resulting in them having a 10-8 record to this point.

Still being one of the better teams in the Eastern Conference, Philadelphia is definitely going to be a tough team to beat at full-strength, but they do have some holes to fill on their roster.

Tyrese Maxey has stepped up into the starting point guard role for this team and has been great, but is he a championship-level guard for this team? Do the 76ers have enough depth behind Tobias Harris both on the wing and at the power-forward position?

With teams like the Nets, Bucks, Heat and Bulls all rivaling that of the 76ers, it is not a stretch to believe that Daryl Morey will look to be busy near the trade deadline in trade talks other than those surrounding Ben Simmons.

Does Philadelphia have the ability to make some big trades ahead of this season’s trade deadline? Let’s take a look at three players the 76ers could target, as proposed by Bleacher Report’s Zach Buckley, and evaluate whether or not Philly should “pass or pursue” said trade targets.

The No. 1 player on Daryl Morey’s “want” list in a trade involving Ben Simmons is Damian Lillard. Since the rumors from this past offseason suggesting that Lillard wanted out of Portland, the 76ers have been targeting the Blazers’ guard non-stop and are monitoring his situation like a hawk.

Portland and Damian Lillard have stated numerous times that he is not going anywhere anytime soon, but this may not be the case since Dame wants to win and the Trail Blazers are not doing much of that to begin this season.

At 10-8, the Trail Blazers are not “bad” per se, but this team shows no signs of being able to win a first-round playoff series. They are basically the same team from a season ago and if they fail to make it out of the first-round again, it is not crazy to believe that Damian Lillard could request a trade in the near future.