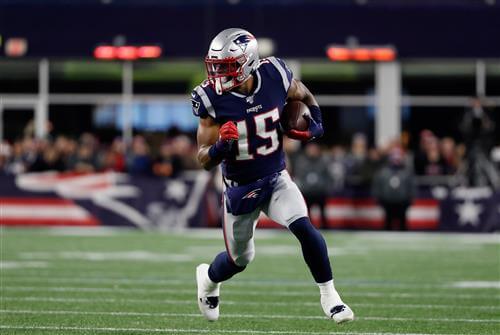 By Tuesday at 4 p.m. ET, all 32 teams must finalize a 53-man roster. Among the last round of cuts, respected veterans and recent early draft picks will have to look for jobs elsewhere.

Several notable players sit on a delicate bubble headed toward the deadline. While some have struggled through training camp and the preseason, others haven't done enough to beat out their competition.

Some of the biggest names will generate buzz on the way to the free-agent market because of their draft pedigree, overall resume or career longevity.

We'll project eight cuts that will stir up some discussion in the next 24 hours or so.

Antonio Gibson and J.D. McKissic should serve as the featured and primary pass-catching running backs in the Washington Football Team's backfield. Peyton Barber, who logged the second-most carries on the team last year, could lose his position in the rotation to undrafted rookie Jaret Patterson.

In Washington's first exhibition game against the New England Patriots, Paterson recorded 70 yards from scrimmage and then had 96 total yards and a touchdown the following week in a matchup with the Cincinnati Bengals.

Patterson had two early drops in Saturday's game with the Baltimore Ravens, but he's shown more burst than Barber, who logged 13 carries for 34 yards and a touchdown for the preseason.

During the offseason, Barber shed some pounds, but that might not help him keep his roster spot because of Patterson's production. The former has seen a drop in yards per carry every season from 2016 (4.1) to 2020 (2.7).

This week, the Baltimore Ravens have practiced with a thin wide receiver group, though Ryan Mink of the team's official website relayed some encouraging news.

"Wide receivers Marquise 'Hollywood' Brown and Miles Boykin appear to be making progress in their rehab from hamstring injuries as they run on the adjacent field to practice," Mink wrote.

While Brown would likely slide back into a starting role, Boykin's time away from the field could adversely impact his chance at a roster spot.

Boykin needed a strong offseason in a crowded wide receiver room. He didn't play in any preseason games, and the third-year veteran struggled before his hamstring issue sidelined him, per The Athletic's Jeff Zrebiec.

"As other receivers have shined, Boykin has had a quiet start to training camp," Zrebiec wrote. "He's had a few drops and he's just not been consistently involved like he was the previous two training camps."