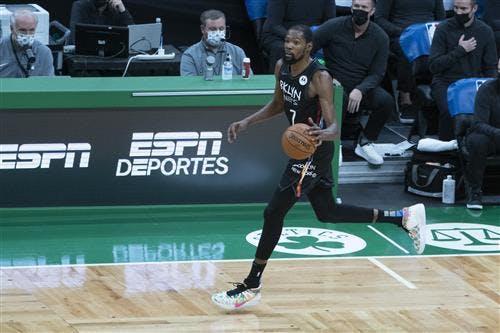 The Brooklyn Nets have reportedly not shown any willingness to lower their incredibly high asking price for Kevin Durant, but it sounds like there was at least one offer that intrigued them.

Sam Amick of The Athletic describes the Boston Celtics as the “unofficial front-runner” to land Durant in a trade. The Celtics are said to have offered the Nets a package centered around Jaylen Brown and draft picks. Brooklyn turned it down and asked reigning Defensive Player of the Year Marcus Smart to also be included in the deal.